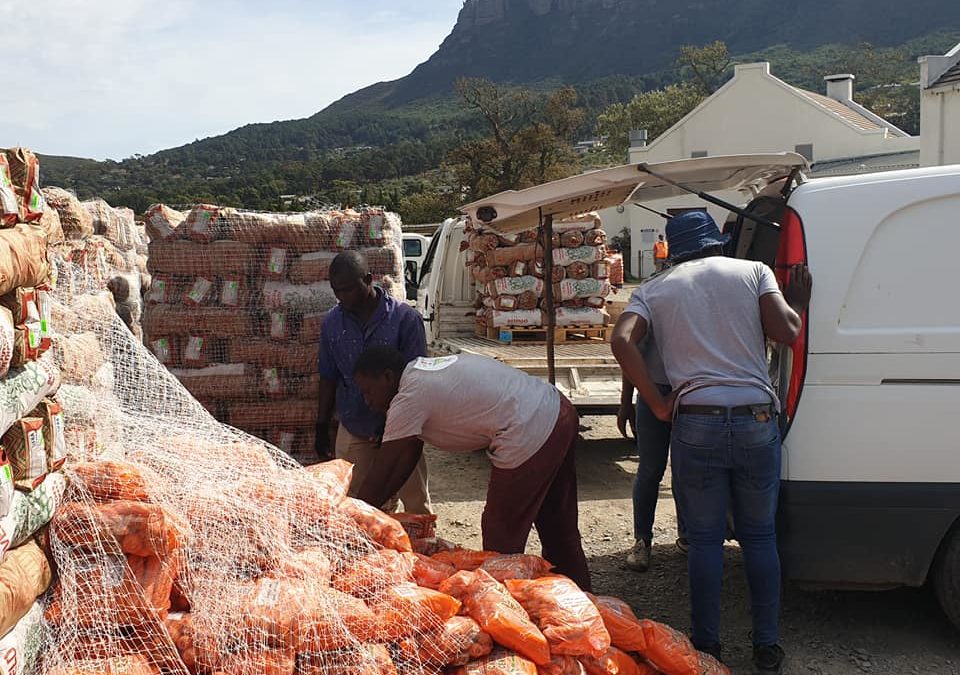 How the Fresh Produce is curbing the hunger crisis 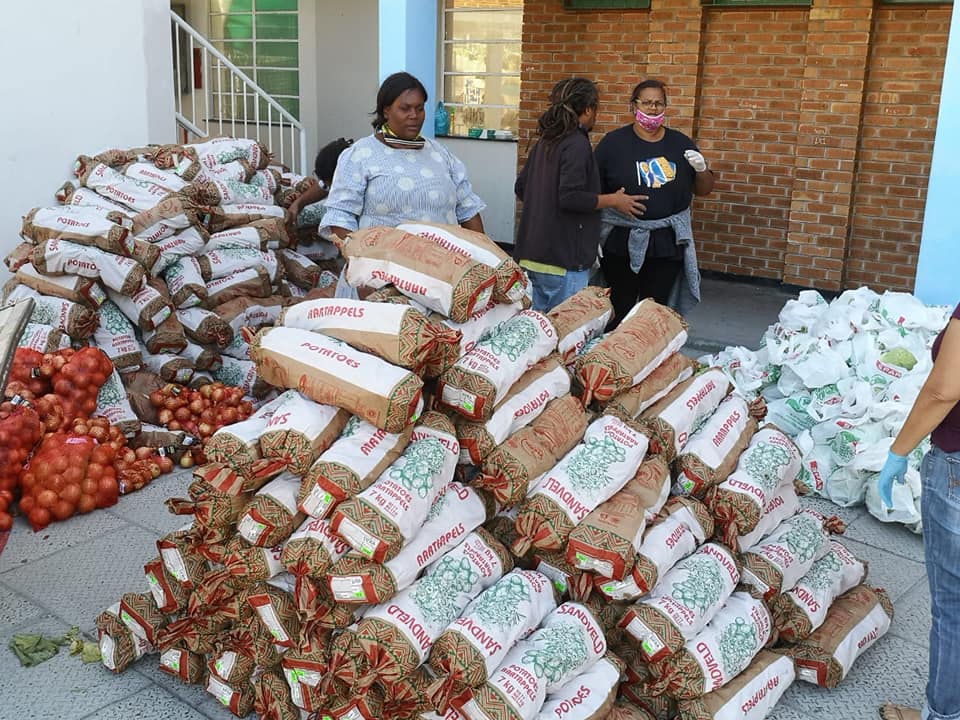 Courage caught up with Gordon Aeschliman to discuss how the process of receiving and then delivering the fresh produce to the needy was going.  We are so amazed that the donors supporting the farmers and the farmers themselves remain anonymous. Gordon Aeschliman talks about how the Fresh Produce is curbing the hunger crisis alongside the Courage Initiative. Through the Courage Initiative Hout Bay Food Love is Flowing. 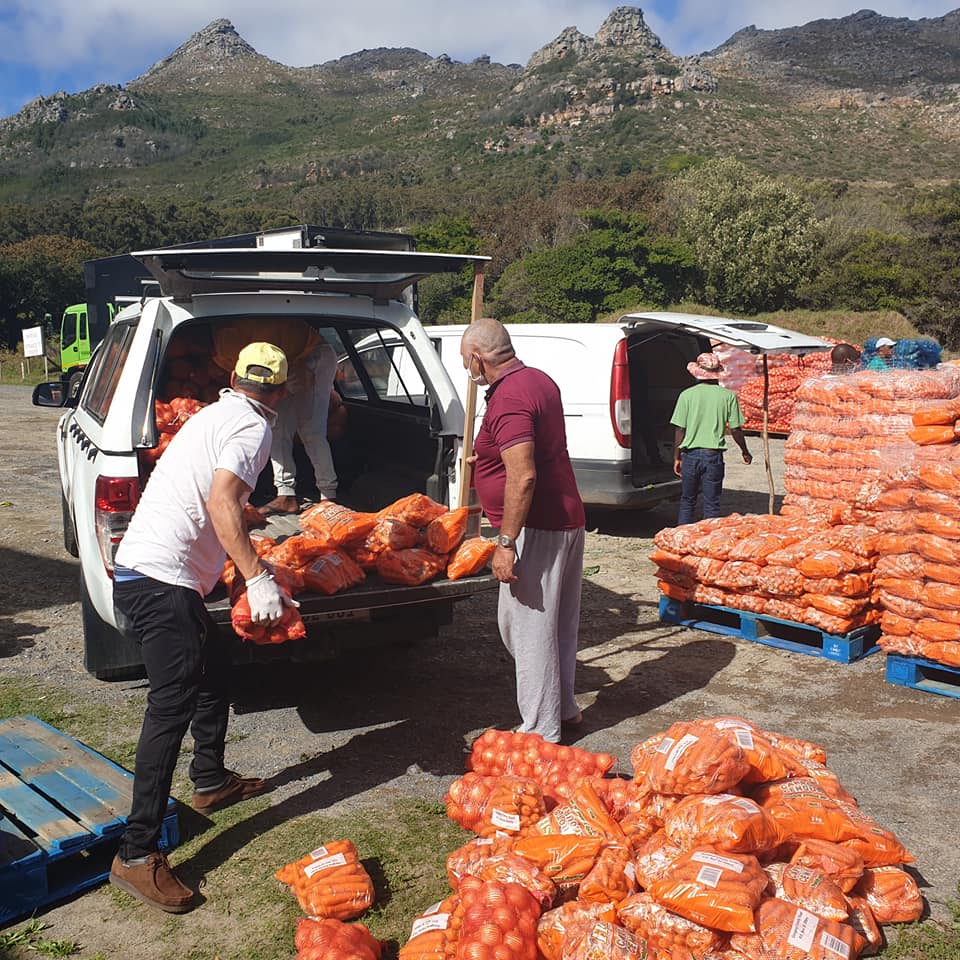 “So, we may not be able to reveal who these benevolent farmers are, but we can say that they are the most awesome down to earth individuals. They are not only living and breathing the process of farming, but they are providing this amazing produce and are so thrilled to be a part of this feeding initiative right down to the drivers of the trucks who expressed how happy it made them to be associated with such a wonderful scheme, “ Gordon said. 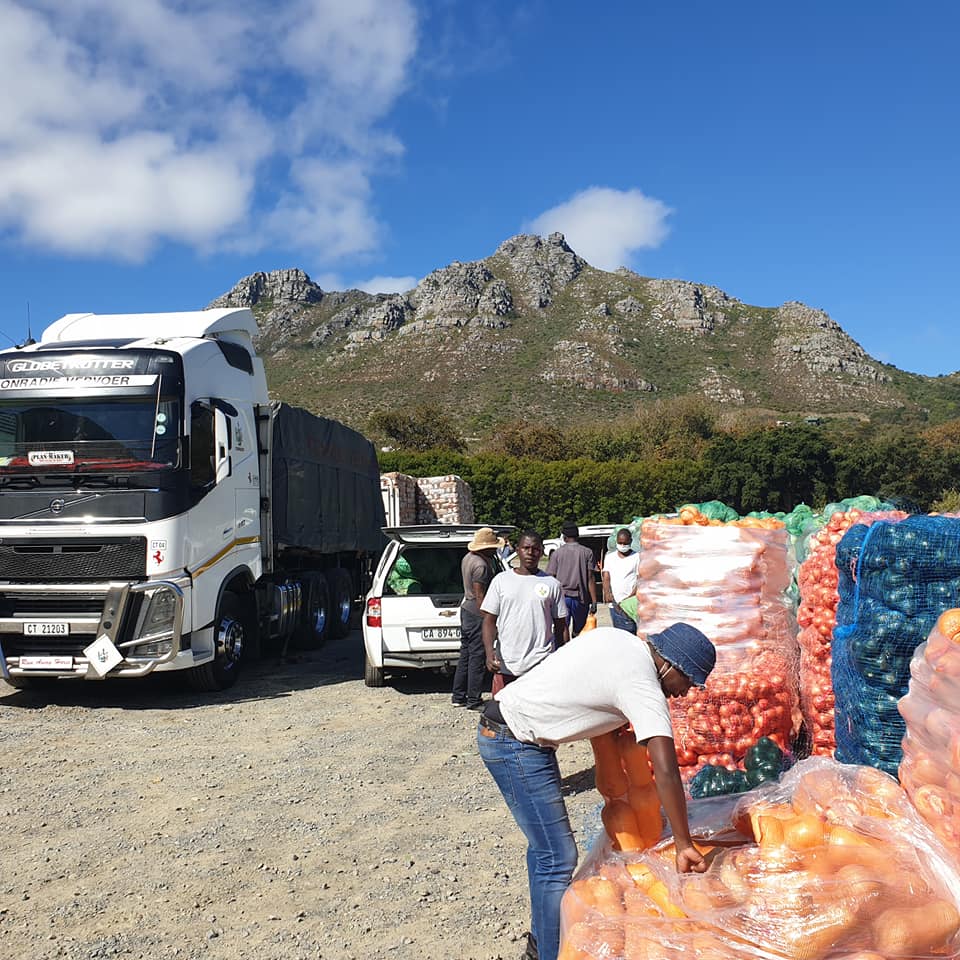 The challenges that have been overcome in the procurement of fresh produce has been quite daunting. According to Gordon, the Western province has run out of cabbage. Beyond what has already been pledged to various contracts, there was just no more cabbage available. So today thousands of heads of cabbage are arriving from Gauteng. The other vegetables like carrots, onions and butternuts have all also arrived to be distributed to those in need. 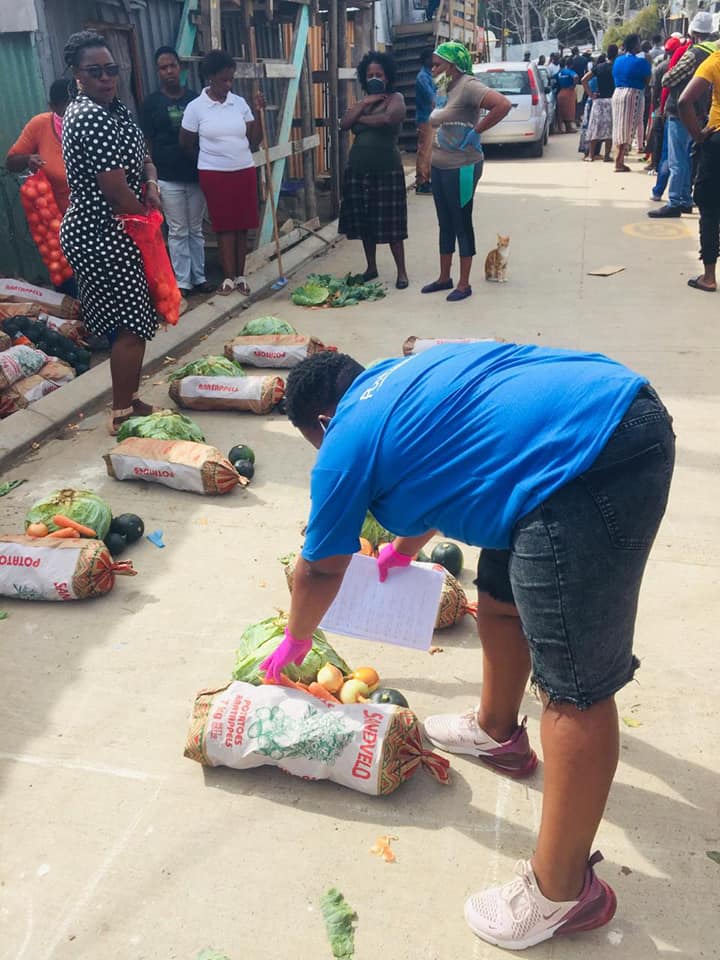 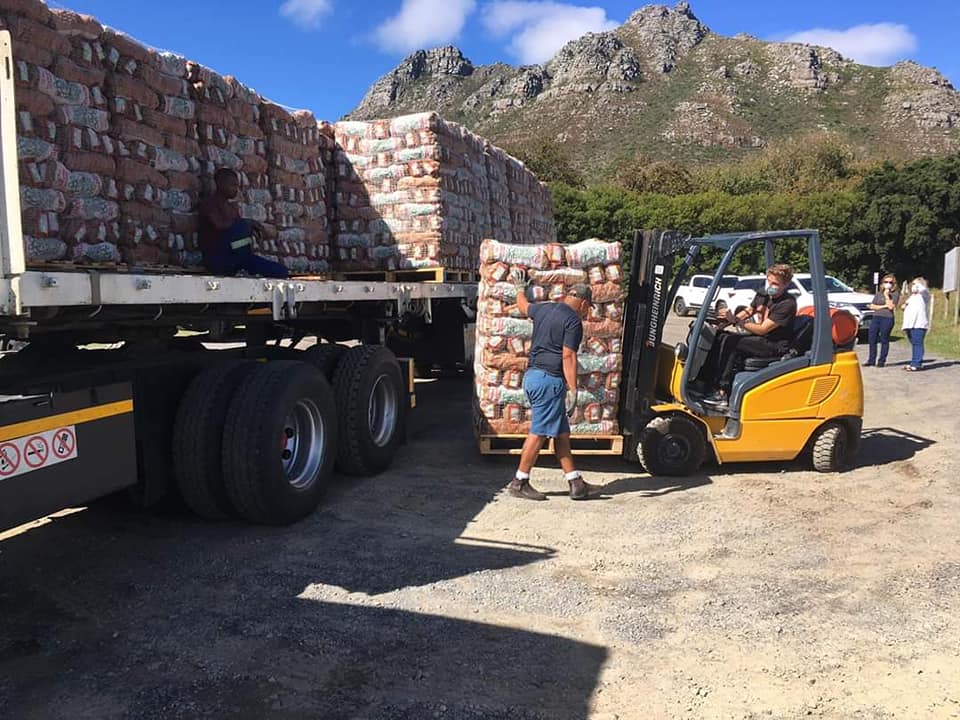 “The donations and generosity coming through is all part of this miracle that’s going on in Hout Bay right now and Courage certainly sits at the centre and at the core of it,” Gordon very aptly pointed out! He went on to say, “What sits at your core is your cœur (french for heart), so Courage is at the core of Hout Bay” 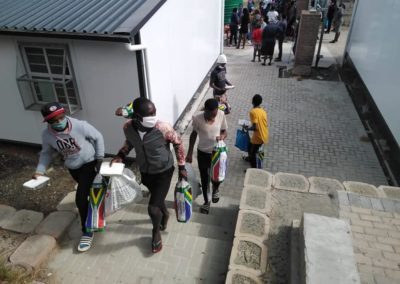 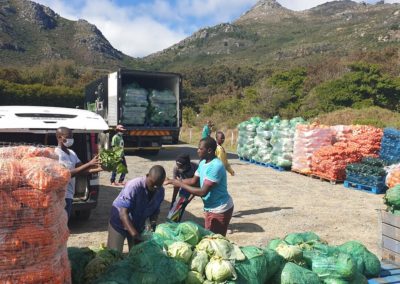 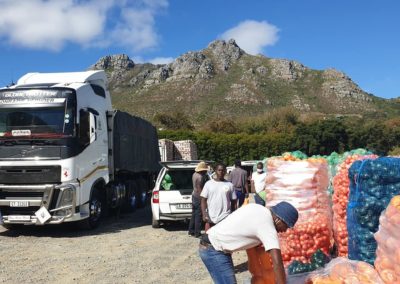 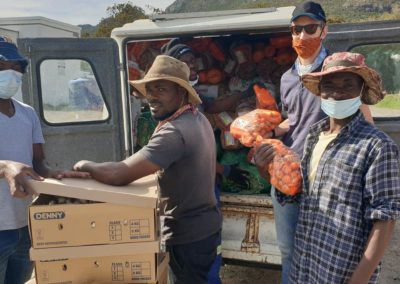 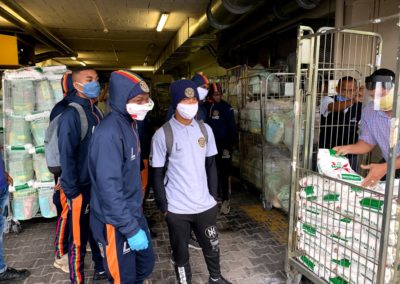 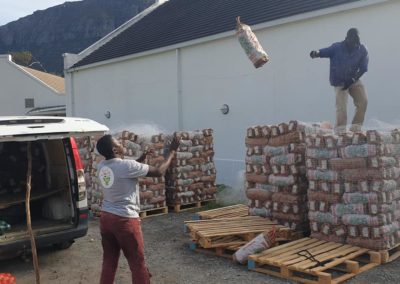 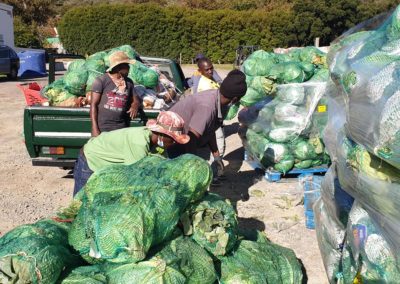 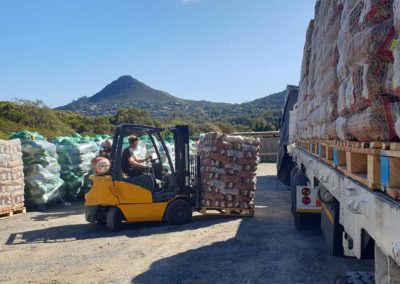 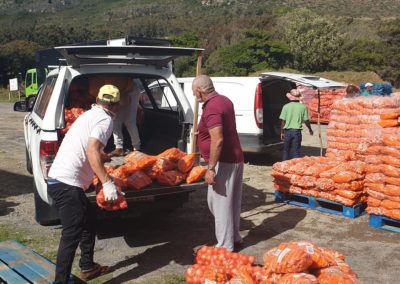 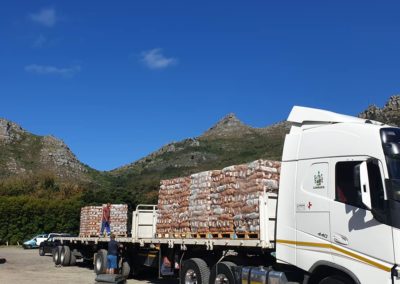 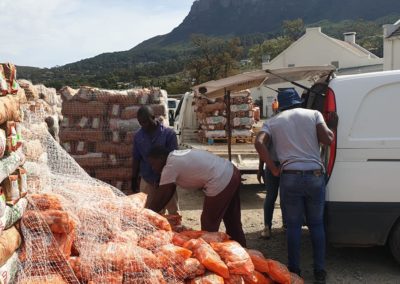 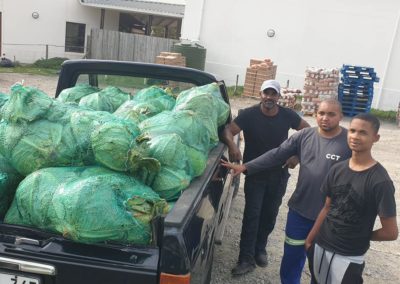 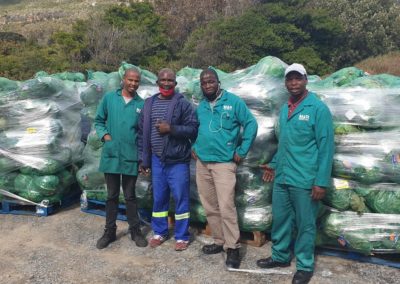